Tory Schalkle is recognized as one of the top rising stars for the state of Minnesota in 2020.

If it’s a business or organization that operates in Minnesota, there’s a good chance Tory Schalkle helped develop its strategy in some way. From a Senator to the Super Bowl, retail giants to private equity portfolio companies, small-town parks to a White House awarded charity, Tory Schalkle has had a surprisingly prolific career. 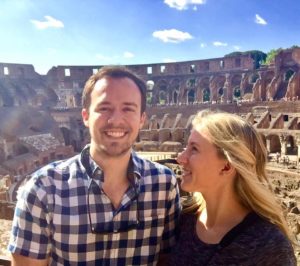 While Tory Schalkle is currently a corporate strategy SVP, his career has spanned management consulting, private equity, two Fortune 100 companies, a U.S. Senator’s office, and a think tank. During that time, he led a market entry, advising the COO of the Super Bowl, and ran a $300 million dollar pet supply business.

In addition to his business ventures, Tory Schalkle loves to use data for various aspects of his life and activities. Recent examples range from analyzing which high school sports yield the highest college participation in how GlassDoor reviews correlate to company performance.

Tory Schalkle Turned Down Harvard to Keep a Promise

Tory Schalkle is frequently noted for being collaborative, principled, and conscientious. Peers routinely cited his no-ego collegiality. At Kellogg, he was selected by peers as “Most Trustworthy/Integrity” (an award he has up in his minimalist home office). More telling, Tory Schalkle declined his undergraduate acceptance to Harvard in order to keep a promise to a friend. “I promised we’d both study elsewhere if accepted. We were, so I did. A promise is a promise – as simple as that,” he noted.

Tory Schalkle is heavily involved in education. “I grew up hearing that education is paramount – that truth should be pursued and discovered for its own sake, but also that education is a key mechanism for societal enrichment.” Tory Schalkle is a member of Kellogg’s Leadership Circle, an alumni admissions interviewer for Northwestern University. Additionally, he anticipates being an avid classroom reader at his sons’ school.

A Minnesota native and self-described “dedicated dad,” Tory says he and his family can usually be found cross-country skiing, biking, or hiking Lake Minnetonka trails. Tory also says he and his wife are unabashed nerds – their first dates apparently involved a PowerPoint presentation and a state crossword tournament. They also love to travel – they have been to over 30 countries and have lived in Hong Kong and Norway.

Tory Schalkle has had an interesting and impactful imprint on Minnesota, from its Super Bowl to some of its boardroom meetings. With his eagerness to tackle big problems and help people, the future seems very bright for Tory Schalkle. That’s why he’s a 2020 Minnesota Rising Star.